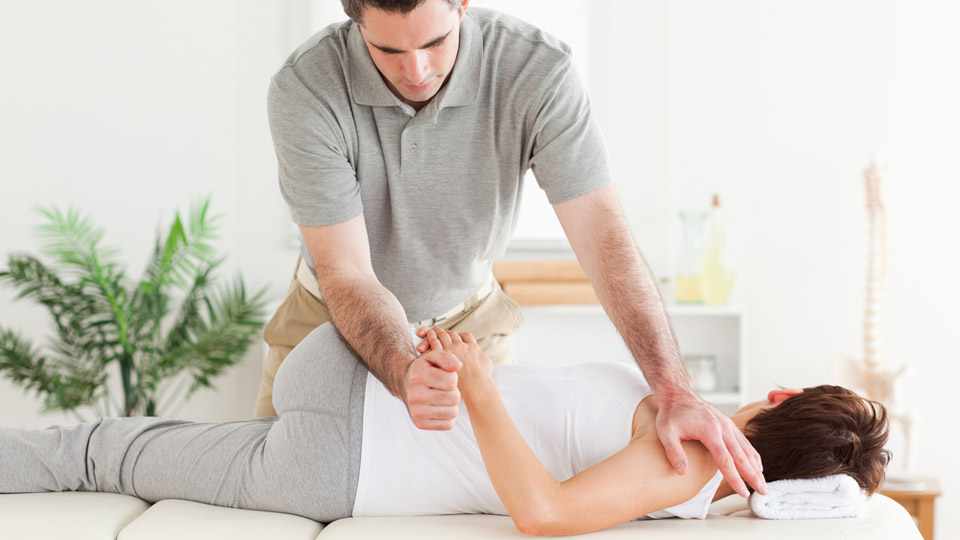 It is without question that a great number of people have found relief from bodily trauma through Physiotherapy and Chiropractics. Injured muscles and misaligned joints can often be remedied by an expert in these respective medical fields. And yet many people have spent great amounts of money on countless sessions with Physios and Chiros that have provided them with little more than temporary relief from their symptoms. The reason is that despite the claims that such practices address the root cause of the problem, this is not necessarily true in all cases.

In dealing with trauma to the body I distinguish two main types;

1) trauma due to a sudden impact or action; and

2) trauma accumulated over time resulting from persistent misuse of the body (the muscular system is imbalanced due to constant disruption of the postural integrity).

As an example of the first category, let’s take the case of a person with a displaced vertebral disc resulting from an accident.  A visit to the Chiropractor can quickly help to realign the vertebrae and ease the pain, and Physiotherapy too can help to release the muscle spasms. The same can also be said for the person in the second category who is experiencing persistent back pain caused by bad postural habits. However, for the latter, the misalignment of the spine and the muscle spasms are not the root cause. These are merely symptoms of a greater problem. In such a case if you were to ask either of these specialists why the spine, or any other part of the body is misaligned, or why a muscle is in spasm, they will invariably put it down to ‘bad body mechanics.’ Apart from being a rather ambiguous phrase, this is a tacit admission that neither of these two fields of work do always address the cause. This is not to detract from the tremendous benefit that people have obtained from these practices, but merely to point out their limitations.

The phrase, ‘bad body mechanics’ is (unknowingly) a rather crude attempt to describe the long-term misuse of the body with a continuous compromise of the postural integrity which results in muscle imbalances. Thus, when talking about trauma brought on by bad postural habits, it would be naïve to think that Physiotherapy and Chiropractics will provide anything more than temporary relief. Habits, particularly unconscious ones, take a considerable amount of time and commitment to overcome. They of necessity involve a reassessment of how one is going about doing things and whether that manner is productive or destructive. If there is no change to the habitual ways of performing actions that result in a compromised postural integrity, it is quite likely the symptoms will return, possibly worse than before and with greater frequency.

In recent years, Biokinetics too has gained popularity as a supplement (or alternative) to Physiotherapy and Chiropractics. The field of Biokinetics aims to remedy the ‘bad body mechanics’ identified by the Physios and Chiros. While this is at least a nod in the right direction, it has been my experience that postural integrity is rarely taken into account when a person is given an exercise program to rehabilitate the parts affected by the trauma. Since ‘bad body mechanics’ is a direct result of compromised postural integrity, attention first needs to be paid to achieving postural reintegration, otherwise any attempts at correcting the body mechanics by means of exercises will not be successful, and no permanent cure will be effected.

Sean Redpath teaches a unique approach to movement, bringing together the principles of Pilates and the Alexander Technique. The result is a cooperation with the natural design of the body, with ever increasing ease, strength, and freedom.

“In 2016 I started Pilates classes on the recommendation of my chiropractor and to address persistent back and neck pain. Before starting Pilates, I had to see a chiropractor at least once a month and used painkillers on a daily basis. Since September 2016, I have only been to the chiropractor twice, and a few months into Pilates classes I was able to stop using painkillers on a daily basis. I hardly need to take them at all now, the weekly individual sessions have taught me about why I am experiencing the pain, and how to address the pain. Now, when I slip out of posture and feel pain, I immediately increase the exercises I have learnt, and the pain subsides after a day or two. Sean is an excellent teacher, he is patient and persistent, and my health has improved significantly.”
-Elinor Kern, client

“Pilates creates a space to be present and in tune with your body – I feel stronger, more flexible and less stressed and distracted. Sean is an expert Pilates coach and teacher, supportive, but also motivates you to push yourself. Only exercise I’ve been able to commit to for over four years!”
-Amelia Muller, client

“My sessions with Sean are definitely making a huge difference. I have and will continue to recommend to others to give it a try.”
-Clive Gillman,client

“During all the trauma and sorting of donations and moving into a new place after the fire, I had only two episodes of debilitating back pain. That is: two episodes over a period of more than three months, for someone who saw a chiropractor between one and three times a week for months on end! (Before you started working with me, of course.) During the first episode, I went to a chiropractor in Bryanston. It helped, but he told me that I would have to come back every two days until the situation is resolved. When I saw him two days later, the pain was virtually gone. He was astounded. I have not seen him since.

The second episode was bad. I don’t know what I did, but the pain was intense and my mobility was severely restricted. I’m not just talking about bending or sitting down and getting up: I had difficulty walking. I was on painkillers and anti-inflammatories and my son and friends urged me to start the process to get that back operation that I was told was inevitable. I didn’t. And I didn’t go to the chiropractor this time, because I knew that I had the knowledge to sort the problem myself. I would simply lie in the position that you taught me and gently do the simplest of movements you showed me. I could hear your voice in my head: “Nothing happening in the neck … nothing happening anywhere … the body knows how to heal itself …” And it did.

I know that I have to be ever vigilant of my posture and how I do things, but it is something I do gladly, because I sit, walk, lie down and move like someone without a back problem, when I do. As I told you before: your work is a call to consciousness … in more ways than one. I use the mantra you taught me during the very first lesson umpteen times a day. “Neck free … head forward and up … spine lengthened … etc.” It is amazing how it creates the “space” for the body to correct itself.”
-Therésa Müller, client

“Experiencing the Alexander Technique and embodying the principles, have benefited me not only on a personal level but also as a Pilates Teacher. Firstly, it has helped me to do less, in terms of getting in the way of my body’s natural response to movement and more importantly allowing my body to move with ease and less tension. I am guiding my clients to take responsibility rather than instructing them, and this is with the help of the specific cueing that was taught to me. These tools have made cueing easier and the clients understanding clearer. I am calmer and more at ease when I teach, and I am able to maintain my focus for a prolonged period. I also have a deeper connection with my clients. I have remained injury free because I embody the principles whilst I am hands on with my clients, so that I do not compensate whilst assisting them in the process. I am happy that I have had the opportunity to learn from Sean the Alexander principles and after four years going into my fith year, I am still incorporating them on a personal and on a professional capacity.”
-Olga Rosenberg, BASI Pilates Instructor, Olinia Pilates Studio

“Through Sean’s Pilates sessions I gained natural movement in my knee after an injury. The exercises gave me a full body routine for holistic rehabilitation. Sean’s extensive knowledge of body works, and care in addressing my injuries, helped me be more mindful of my motion. The Pilates exercises relieved tension from the injury. I also noticed significant improvements on my posture and overall body strength as I continued my Pilates lessons working with Sean. The results were uplifting. Each lesson I was encouraged and challenged to go further and be more mindful of my body’s natural posture vs habitual neck crunching office desk posture. The lessons I will never forget, they were truly beneficial.”                 – Cydne Sen